British Columbia is the only one of Canada’s provinces that shares two borders with the U.S. Because of the origin of this rejoin as a part of the Columbian District which was held by the company of Hudson Bay, the province was given its name in the year 1858 by Queen Victoria. British Columbia is a Mixture of modern attractions in beautiful natural settings and is a great location to live in or visit.

Below are some interesting facts about British Columbia. They include;

Around half of the population of over 4 million is situated in the metropolitan area of Vancouver which consists of 19 municipalities and cities and is one of the cities in the country which is most ethnically diverse. Over half of the residents situated there do not speak English as their first language, and Chinese is the most popular language after English.

The second largest concentration of individuals in the Capital Regional District is held by the southern tip of Vancouver Island. This includes over ten municipalities, and one of them is Victoria which is the capital city.

Abbotsford and Kelowna both consists of populations of more than 150,000 while Nanaimo, Kamloops, and Chilliwack are about 100,000.

British Columbia is grouped into 29 regional districts which offer municipal and local government services. This is politically the same as countries.

The provincial flag had a Royal Union Flag based on the coat of arms and marked using a crown on the top section and the setting sun on the lower section.

British Columbia has a bunch of provincial animals, and the unique of these animals is the provincial mammal known as the Spirit Bear. It is also recognized as the Kermode bear. It is a bear which is white and genetically different from the albino black bear.

This province consists of the largest amounts of blond and black bears worldwide. 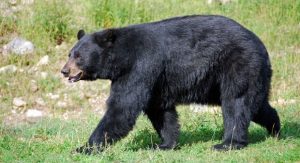